This tutorial is split up in several parts.

We will go through the pictures now quickly. The way to do mosaic crochet will probably be clear by now, but this is just a bit extra for the ones that like an extra check.

ewdc: end with a dc

The last 2. I know that the instructions actually had to be *(1x)* 2x, this is a little flow in my software that I need to fix later, but you will probably understand you have to do a sc twice, and that you don’t do a dc after the second sc. You have to end into the last stitch of the previous row with the last sc. 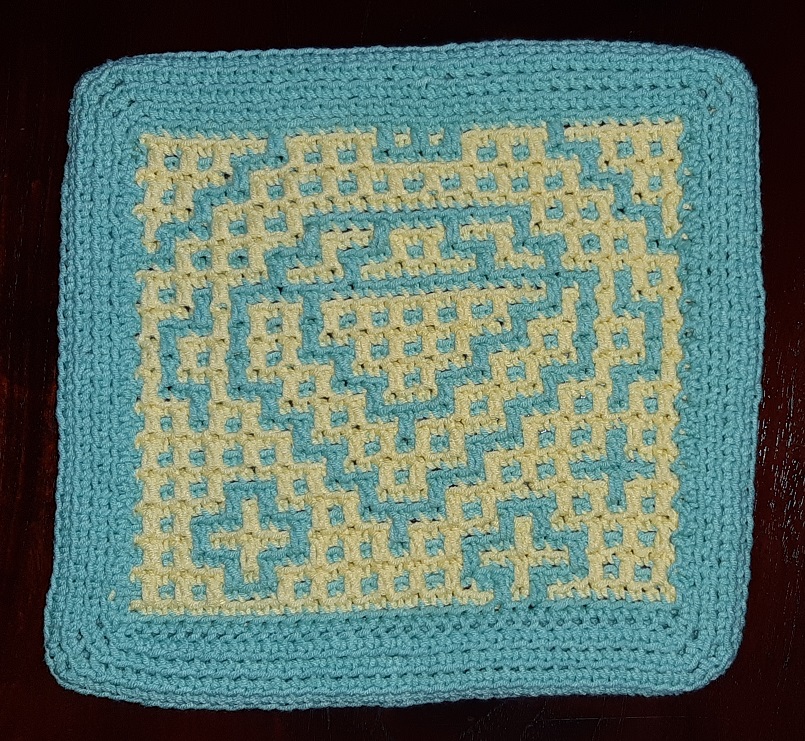 And here a picture of the entire piece, with a border.

For now I hope you found this a good tutorial. Also watch my videos with the tutorial!