Weaving on a pin loom 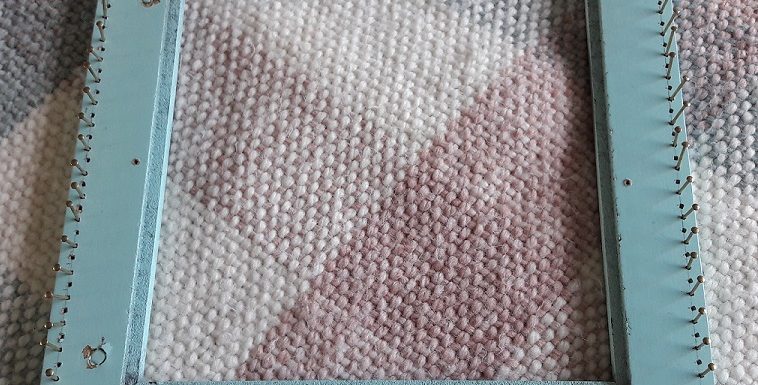 I wanted to give you an update on what I’m working on. Because there’s something new coming! This time about weaving, but on a small weaving frame that you can make yourself, and for very little money. I told in a previous post that I was working on a Zoom Loom, so that will come also, but in the process of weaving, experimenting with different kinds of yarns, making patterns and working them out, I also found out a lot about other pin looms. And I liked that a lot too. So I first did some video’s on that, they are being edited, so it takes a little while before I can publish them, but they are on their way!

For now some pictures of my weaving frame. Well, you can see how skilled I am with hammering nails, hehehehehe! But, it does do it’s work! So, I just left it like this. To encourage you if you are just as good as I am with nails and a hammer! I will give more details later, but for now: the pictures!

2017-11-09
Previous Post: Knotting: a little bag with a block design. The last video in this series is published!
Next Post: Making a pin loom: the video and the tutorial are ready

We use cookies to ensure that we give you the best experience on our website. If you continue to use this site we will assume that you are happy with it.OkNoRead more